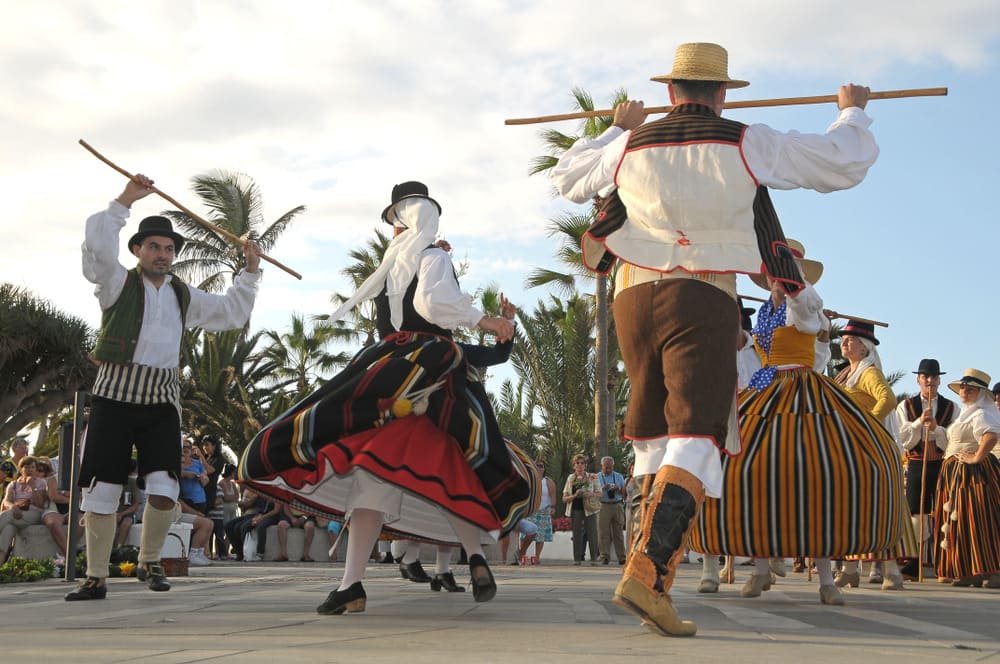 A tour around the Romerías of Tenerife

After the Carnival and Holy Week celebrations, the time for Tenerife’s Romerías (pilgrimages) officially begins. The comfortable temperatures and the beauty of the natural landscapes during the spring season, make it the perfect setting to enjoy these festivities, in which tradition is the main protagonist.

Originally, it had a religious context, in which the pilgrims would pay homage to the Saint of each municipality; but, in recent decades, the Romerías have acquired a much more festive and popular character. Undoubtedly, the atmosphere, the colour and the explosion of joy make these celebrations an essential date for anyone wanting to get to know the Canarian customs.

We assure you that if you experience a Romería, it will make you fall in love even more with Tenerife and its people. For this reason, we have decided to offer a selection of the Romerías which you shouldn´t miss. Get ready and prepare your typical costume and your glass of wine because we’re going for a tour around the Romerías of Tenerife.

Opening the season, in Tegueste

The festival of San Marcos provides the starting signal to the season of Romerías. Although Tegueste is a small municipality, the celebration in honour of its patron saint is one of the most popular on the island. It has a very good acceptance among the young people, but that does not mean it is less authentic. Instead, the atmosphere in every corner of the town is full of tradition and partying and there’s no reason to miss it. Bear in mind, this year the date has changed, and It will be celebrated a week later than other years due to the General Elections. In any case, if you also have the opportunity to go to Tegueste on the Monday after the Romería, we recommend that you visit the ‘’Carretero’s ’’; a day to admire the fantastic handcrafted carts decorated with seeds and cereals.

Probably, there is not a more dignified municipality on the island than La Orotava. The town boasts one of the best-known Romerías of the Archipelago, in honour of San Isidro Labrador. The typical costumes vary from the bright red of the vests, to others such as yellow, white or deep green. The colours fill the whole environment and therefore this is the perfect way to get to know the folklore of the island. Keep in mind, however, that the local people value highly their traditions so, if you are going to dress in a typical costume, try to make your attire as authentic as possible. Not only is it important for locals, but it is a commitment to the Island’s own cultural heritage.

The second Sunday in July, the Romería of San Benito is celebrated in San Cristóbal de La Laguna. Although the Saint gives its name to just one neighbourhood in La Laguna, the entire city is involved in a way you have never seen before. Don´t be surprised to see herds of goats, sheep, donkeys, horses and oxen walking through streets where, on normal days, you would only see pedestrians pass by. If you want to live the full experience, don’t forget to stop by the ‘’baile de magos’’ (dance of the magicians) which is always celebrated on Friday night. There is no better way to get ready for the Romería.

If you are looking for a celebration in the south of Tenerife, closer to Hotel GF Victoria **** GL, we recommend this autumn celebration in honour of St. Michael the Archangel. You will find everything you would expect from a Romería: music, typical food, traditional costumes and an authentic atmosphere among the local people – something that perhaps has been lost in the better-known celebrations of the island. It is worth visiting this fun festival and why not take the opportunity to taste the excellent wines of the area.

Horses in the ocean: the unique Romería of Adeje

The Romería of San Sebastian is one of the most distinctive of the whole island and, best of all, it is celebrated in the same municipality in which our hotel is located. Although Adeje is a region that stands out for its relationship with the coast, the celebration is held in honour of the farmers’ patron. The moment when hundreds of riders go into the ocean on horseback will make your hair stand on end and it will surely remain in your memory as one of the best moments you have experienced in Tenerife. Undoubtedly, it is an essential experience.